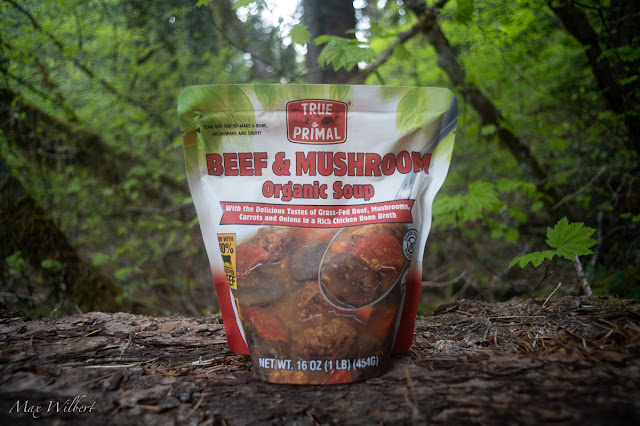 On top of our fridge are a couple of boxes of True Primal soup pouches. This is a very comforting thought to me, because it means that a paleo backpacking trip can be undertaken at the drop of a hat. Dehydrated dinners are great, but they take a lot of forethought and planning. Besides their convenience, another thing I love about these soups is that they're so nourishing. They're made with bone broth, and this is the only pouch or canned soup I have ever seen where the broth is actually gelatinous, meaning that you know it's filled with collagen and amino acids. Since my job has been closed for a couple months now, due to coronavirus, and with the weather getting nicer, backpacking is exactly what I want to do, so we packed some pouches of soup and other staples, like our favorite Morning Glory muffins for breakfast and headed out. 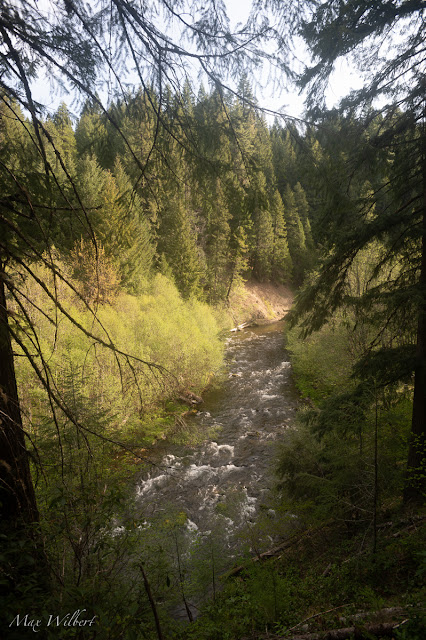 For our first trip of the season, we decided to go hike a section of the 79-mile North Umpqua River Trail in Southern Oregon. Most of the trail runs along the river, which would be amazing, except the road also runs along the river, on the other side. The trail is broken into sections, and for the Dread and Terror section, the road winds away from the river, while the trail still follows it closely. We decided to do the Hot Springs segment and the Dread and Terror segment, which is 16.5 miles in total. Instead of dropping 2 cars, we dropped a bike at Lemolo Lake, then went back to Toketee Trailhead to start the hike. 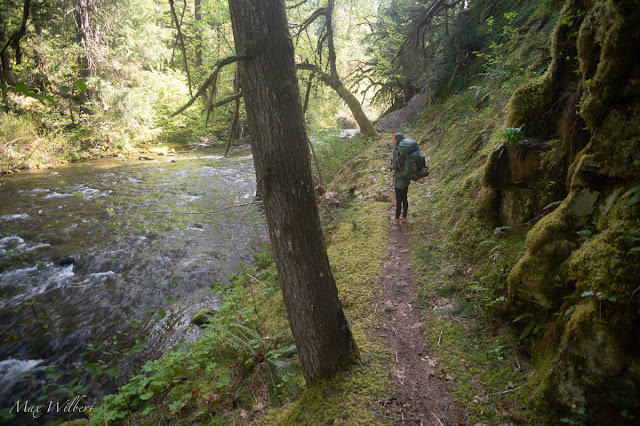 It was a gorgeous weekend for a hike. Temperatures in Eugene were expected to be in the 80s, and we were happy to be able to escape into the forest to avoid the late-spring/early-summer heat. I know there will be plenty more where that came from, so I can wait. On our drive down, we stopped at The Narrows wayside for lunch. This is a cool little section of the North Umpqua where it is channeled through a carved rock slot, creating a beautiful run of rapids. The rocks along the edge of the river  make a perfect natural movement playground. Unfortunately for me, I somehow kicked a root hard enough to rip a deep flapper of skin off the ball of my big toe (and I wasn't even barefoot yet!) after only a minute or so of being out of the car. 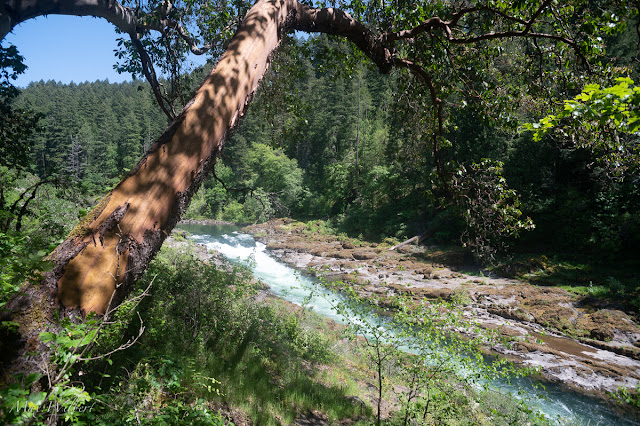 We got a late start to our hike, but the afternoon sun is always beautiful to hike in. We had the trail all to ourselves, and promptly found a dipping spot to wash off the car sweat. The first section of the hike ran through some low lands that are probably flood plains when the river is higher, and found some dandelions to munch on.  It's a really beautiful section of the trail, although when we got closer to the Umpqua Hot Springs, we began to find trash, and loud people with music. 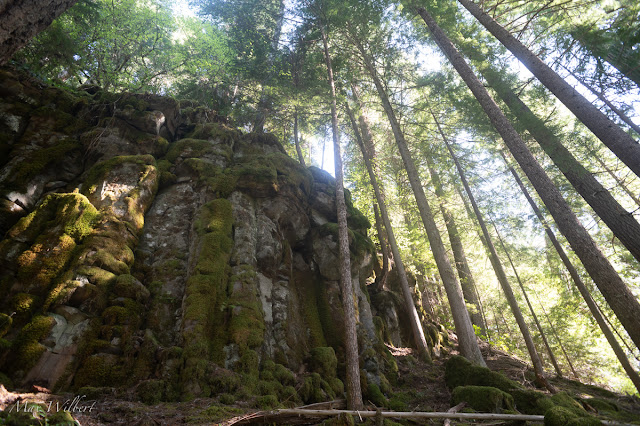 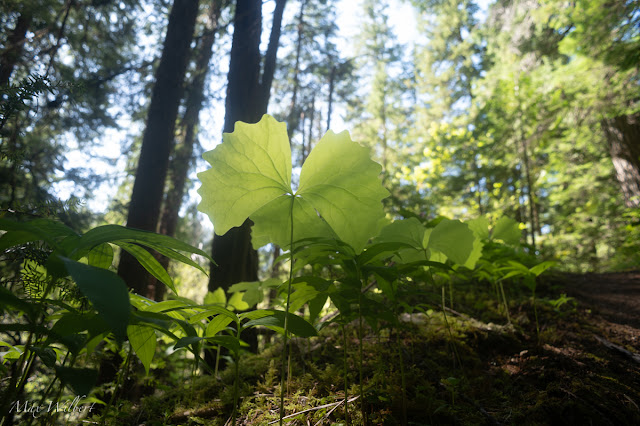 Once we passed that scene, we came to Columnar Falls and Surprise Falls. Columnar Falls is a really unique feature with basalt columns running with sheets of water. 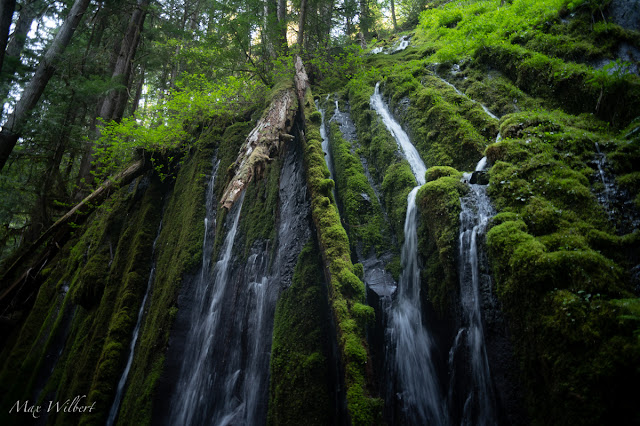 We found our first campsite after a couple extra miles of hiking than we had planned. After you pass the hot springs, the trail officially becomes the "Dread and Terror" section, so named because forest workers back in the day dreaded the idea of having to fight a fire on the steep slopes. So, camping spots are few and far between. We found ours around 7 that first night, and not a moment too soon, we would find out the next day. For dinner we had a couple pouches of True Primal's Beef & Mushroom soup, truly appreciating the convenience of opening a pouch and pouring it into a pot, since we had been hiking longer than we planned to. I really loved the onion, carrot, and mushroom, and it's not an overpowering mushroom flavor (not that I dislike mushrooms, but I know some people do). There are plenty of chunks of grass-fed beef in it, too. As usual when backpacking, we added some grass-fed butter to the soup to make it a little heartier. To accompany the soup, we shared a bag of plantain chips and some chocolate. 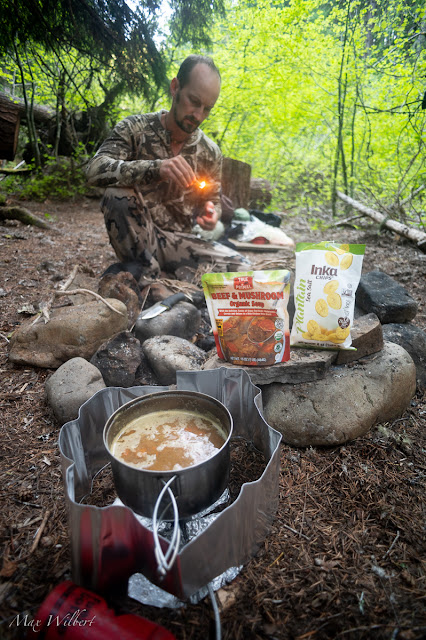 The next morning we packed up and started hiking again, and within a few minutes discovered more intimately why this portion bears such a serious name. Across our path lay several large tree trunks, which we scrambled over pretty easily. Not so bad. This time. For the remaining 11 miles, though, we would encounter many more downed trees, and a few washouts, including a fun little root ball where we had to shimmy through a hole in the roots and pass our packs down the drop. We came across a group of mountain bikers who didn't seem to be as entertained as we were. "Rough," was all they said when we asked them how it was going. 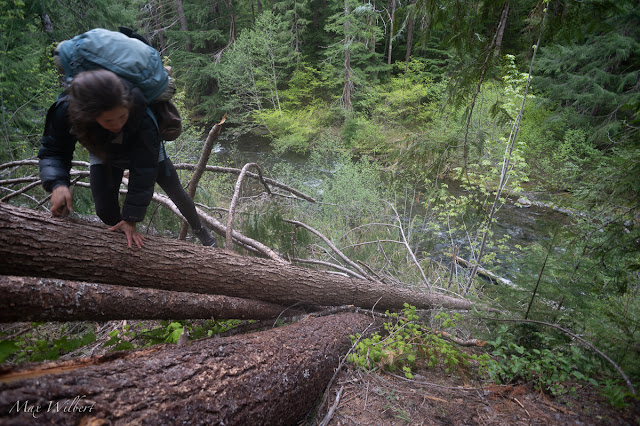 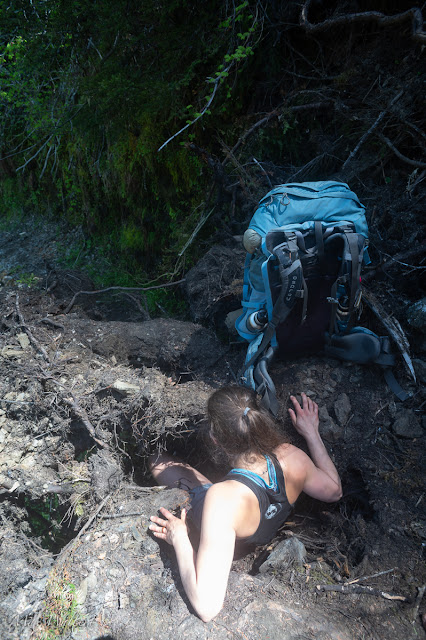 Max hiked almost the whole thing barefoot (probably our rockiest barefoot hike yet). Sadly, although I felt like my feet would normally be up to it, I was only able to hike a few miles the first two days before my wound from the rest stop was bothering me too much. In the mean time, I still managed to kick a hole in the bottom of my other foot as well. This doesn't usually happen to me when I hike barefoot, but to be fair, the name of the trail does warn you that you're in for it. 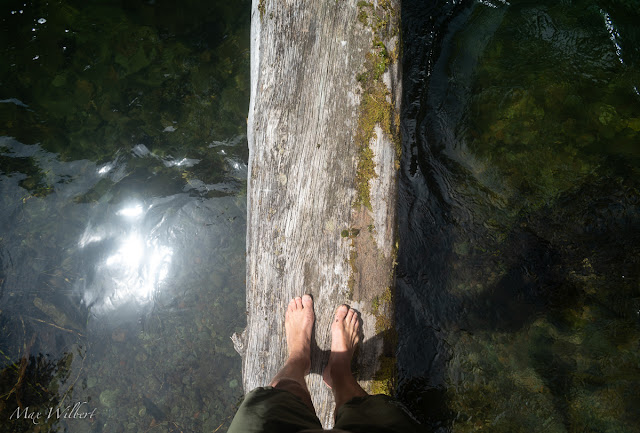 We had originally been planning to camp on the river the second night as well, but decided to hike all the way out to Lemolo Lake. Along the second half of the trail, we passed Lemolo Falls, a stunning 165-foot waterfall. The word Lemolo is Chinook for "wild" or "untamed." 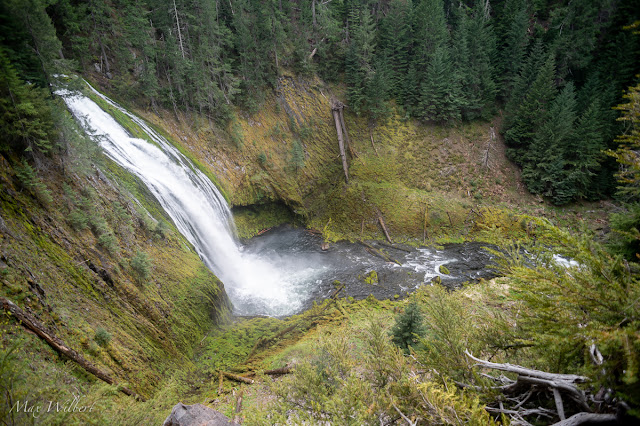 At the lake, we found that the campground was closed (no surprise...COVID), but just near the campground was a private little sandy beach right on the water. And since the campground was closed, there was nobody around. We had an amazing view of Mt. Thielsen to the southeast as we cooked our True Primal Savory Wedding Soup for dinner. Of all the flavors of soup I've had from True Primal yet, I think this one might be my favorite. It has onion, cauliflower, and spinach in it, and grass-fed beef, and a warming, unique flavor that I can't say I've had before. 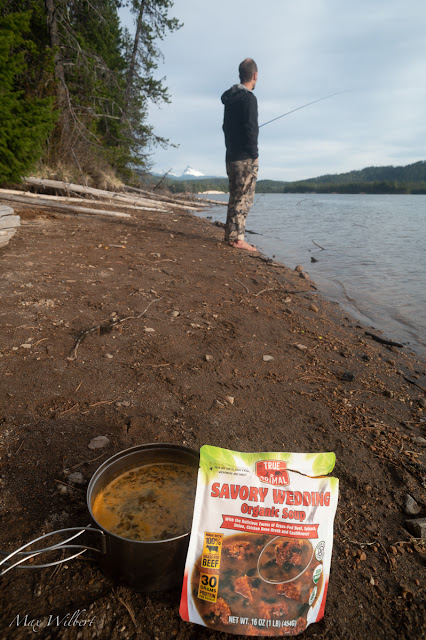 If you want help preparing your body for your next adventure, consider some movement coaching with me, over at shadowmovementcoaching.com. Skype sessions available upon request! 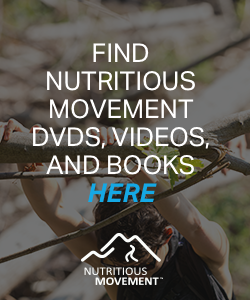 *I receive a small commission on purchases made through this link*